Look at this Republican Leader in Ohio.  Taxpayers being biked left and right.

This page has been wiped.  The Republican Speaker in Ohio pushed through a bill and was bribed (I believe it wast 60M dollars) for passing a bill without a vote by citizens. This should be plastered all over the news.  I'm livid as I just read this and copied but the link had been wiped when I tried it again.

PERRY COUNTY, Ohio — One of Ohio's top political leaders is the subject of a federal bribery investigation.

On Tuesday afternoon, David DeVillers, U.S. Attorney for the Southern District of Ohio and Chris Hoffman, FBI, Special Agent in Charge, laid out the case against Ohio House Speaker Larry Householder and four other people in what DeVillers called "probably the largest bribery case ever in Ohio."

"Make no mistake, Generation Now is Larry Householder," said DeVillers during the briefing.

Householder pushed hard for the passage of the roughly $1 billion financial rescue and offered praise when it narrowly cleared the General Assembly last July over the objections of even several of his Republican colleagues. The legislation added a new fee to every electricity bill in the state and directed over $150 million a year through 2026 to the plants near Cleveland and Toledo.

The other four defendents along with Householder and Generation Now are:

Borges was ousted three years ago following the election of President Donald Trump and has since organized a Super PAC in support of current Democratic presidential nominee Joe Biden. 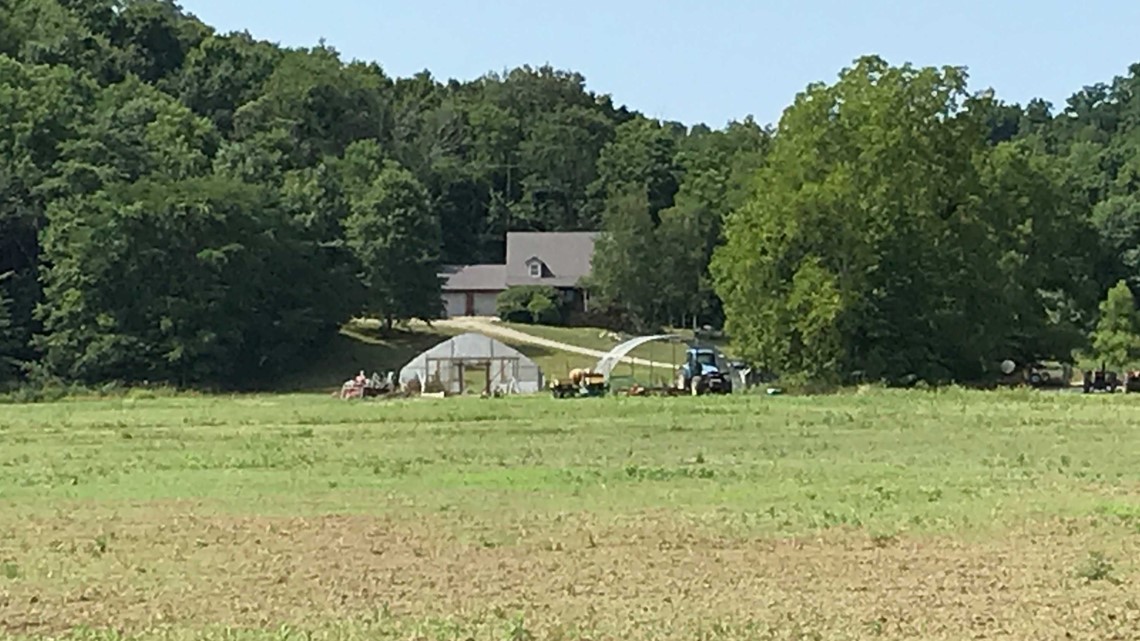 The plants in both Perry and Oak Harbor were at one time operated by FirstEnergy's subsidiary FirstEnergy Solutions, until the latter was spun off as its own independent company known as Energy Harbor following bankruptcy proceedings. Following the news of the investigation, FirstEnergy's stock market share price was down more than 11% as of 1 p.m., while Energy Harbor slid more than 20%.

Householder was elected in 2019 to serve in his second term as Ohio's House speaker, a position he first held from 2001-04. Near the end of that initial term, he and others were also under investigation for alleged money laundering, but no charges were ever filed and he left the House due to term limits before being reelected in 2016. 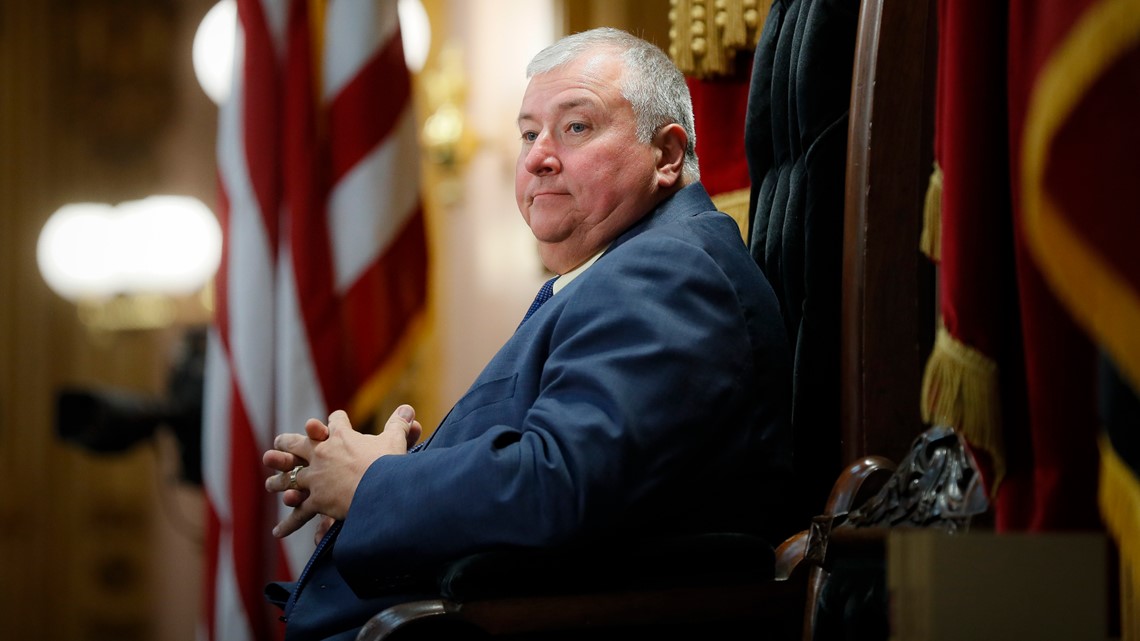 Credit: John Minchillo/AP
This Wednesday, Oct. 30, 2019 file photo shows Ohio State Representative Larry Householder (R), of District 72, stands at the head of a legislative session as Speaker of the House, in Columbus.

Householder is the second Statehouse leader to face a criminal probe in the last two years: Back in 2018, then-Speaker Cliff Rosenberger resigned amid similar allegations of corruption that prompted an FBI search of his own home. Charges have yet to be filed against him, and Ryan Smith took his place as permanent speaker before Householder regained his old job last January.

In response to the remarks from the U.S. Attorney, Gov. Mike DeWine postponed his regular 2 p.m. coronavirus press briefing until Wednesday.

“I am deeply concerned about the allegations of wrongdoing in the criminal complaint issued today by the U.S. Attorney’s Office.   Every American has the presumption of innocence until proven guilty.  Because of the nature of these charges, it will be impossible for Speaker Householder to effectively lead the Ohio House of Representatives; therefore, I am calling on Speaker Householder to resign immediately.

This is a developing story and will be updated.

The Associated Press contributed to this story.

Ad
Unmute
by Taboola
Sponsored Links
You May Like
3 Ways Your Dog Asks For HelpDr. Marty Nature's Blend

These SUVs Are So Cool It's Hard to Believe They Cost Under $25K! Search For Best New Crossover SUVsSUV

The briefing will instead be held tomorrow at the U.S. Attorney is scheduled to speak today on the Householder case. 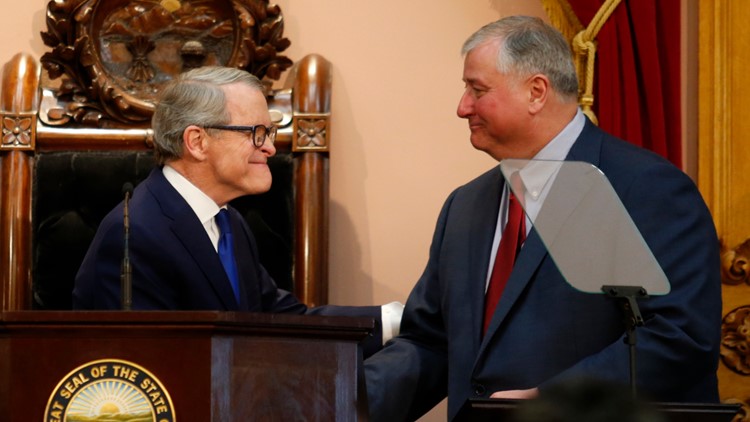 The U.S. Attorney for the Southern District of Ohio is scheduled to speak at 2:30 p.m. this afternoon, which would normally put him right in the middle of DeWine's briefing on the ongoing pandemic. Rather than go against each other, the governor has decided to give his remarks on Wednesday at the same time.

FBI agents raided Householder's farm in Glenford this morning, and he and others are currently in custody according to multiple outlets. The U.S. Department of Justice says this is in connection to a $60 million bribery scandal, which The Toledo Blade says is related to the nuclear pl

I had read this. The state of the body politics today seems to embrace the worst of the worst unethical and immoral elected.

The Way I See It:  Sending America's children back to the Socialist Indoctrination Hell Holes, may…See More
3 hours ago
0 Comments 0 Promotions

Patricia Gillenwater commented on Suzie Nielsen's blog post Where do "scientific" guidelines come from"?
"I have worn a muzzle (mask twice). I do not intentionally distance. I have always since a little…"
15 hours ago

Patricia Gillenwater replied to Suzie Nielsen's discussion TRUMP ad
"I am of course unsure what she truly meant. One thing I believe is that the BLM leaders care not…"
15 hours ago