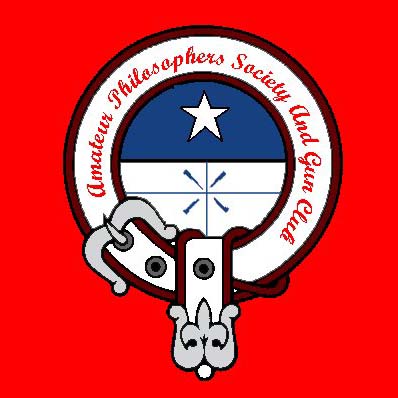 An Open Letter to Congress, Law Enforcement, and Judges.

Obama prepares for State of the Union Speech

An open letter to congress, the Budget.

Syria, an open letter to my Senators

Gun control and the Constitution, an open letter to Congress.

What everybody needs to know about our Constitution and gun control, a Liberals View.

Without the Second there would be no First * Do not think dishonestly.
* The Way is in training.
* Become aquainted with every art.
* Know the Ways of all professions.
* Distinguish between gain and loss in worldly matters.
* Develop intuitive judgement and understanding for everything.
* Perceive those things which cannot be seen.
* Pay attention even to trifles.
* Do nothing which is of no use.

I never thought I would Miss Harry Reid.

The Importance of the Electoral College.

I have no doubt Putin orchestrated the esculation of the protest of Kiev into violence for the eventual invasion of the Crimea. However, I see more of the whole picture he plans for himself from Turkey, across the Middle East. He needs to threaten the Ukraine and Georgia by force as after experiencing the expertise of the KBG under the Soviet Union they would not rush back into Mother Russia's arms.

Putin will need lots of money to control and keep power and trade routes are important for him. In order to dilute U.S. power across the Middle East he has to forge allies which he has been doing very well. I say impatient because he has shown his hand much too early. I know he had to make a move before the November 2014 Midterms while he can control Obama so now, he has 2 years to finish his plans for the Ukraine and Georga before Obama is out. He has been working within these countries and if he doesn't succeed his troops are poised for invasion. He needs to form his Union and although he has restrained himself with Georgia his impatience shows with moving troops into the Crimea.

I feel he was succeeding within the power structure of the Ukraine but, his Puppet Government were too corrupt, go figure. Like Hitler, he will continue to get greedy. He also likes to collect Capitalist money and goodies and he won't be able to stop himself. Much like the Communist/Socialist here who thought they were going to run all over the people when they got into power and everything was going to go their way without a fight.

Remermber the Communist developed psycho-babble into a fine art for stradegy against the West for half a century. If he had invaded during the Games the World would have been shocked out of their stupor and the reaction to Russia's invasion of the Crimea would have had a different effect.

Hitler was a master at masquerrades and did nothing during the 1936 Olympics. He took years to put his plan into action for war. Putin could have invaded the Ukraine and the World would have done nothing but, he would have lost face with his own people and he wouldn't be able to fight a prolonged battle. I'm sure his minions advised him as much. So, he did the next best thing, took the Crimea. At the time he moved his tropps along the Ukraine border he was *issed and would have invaded if cooler heads had not prevailed. This showed me Putin is a hot-head. The only question I have is, can his consultants control his fanaticism

...THANKS for the explanation, Hugh...

I never thought I would Miss Harry Reid.

I never thought I would miss Harry Reid.Now don't get me wrong, it's not that I like the guy, but…See More
Apr 17
0 Comments 0 Promotions

Hugh Akston commented on Hugh Akston's blog post American Heros?
"Thank you Suzie. I have not watched television after I retired from the tv station. I…"
Apr 12

Do Americans want a Hero?When I was growing up, The Lone Ranger, Superman and Robin Hood were all…See More
Apr 12
3 Comments 0 Promotions

Patricia Gillenwater commented on Hugh Akston's blog post An open letter to Congress: Impeachment
"Hate is a powerful emotion that runs so deep in people's souls. I worked hard to remove the…"
Nov 5, 2019

Hugh Akston commented on Hugh Akston's blog post An open letter to Congress: Impeachment
"Pat  You are right in so many ways. As I have said before I prefer open honest debate, but all…"
Nov 5, 2019

Patricia Gillenwater commented on Hugh Akston's blog post An open letter to Congress: Impeachment
"The dems are throwing big money into AZ to turn our state which already is a purple to deep blue.…"
Nov 4, 2019

Sir,I read a story online about Rep.James Clyburn. I have some questions you might want to ask…See More
Nov 4, 2019
7 Comments 1 Promotion

Hugh Akston commented on Hugh Akston's blog post An open letter to Congress: Impeachment
"I can understand the anger, but we must remember that there are some good people on both sides. (To…"
Nov 4, 2019

Patricia Gillenwater commented on Hugh Akston's blog post An open letter to Congress: Impeachment
"Yes like Suzie said, good to hear from you Hugh, I have missed readings from you. Yes we have an…"
Nov 4, 2019

Sir,I read a story online about Rep.James Clyburn. I have some questions you might want to ask…See More
Nov 4, 2019
7 Comments 1 Promotion

Patricia Gillenwater replied to Suzie Nielsen's discussion Some TRUTH about George Floyd
"Well said Rich. Floyd certainly had issues but so have I -- and I suspect many of our members. He…"
yesterday

Rich Knoch replied to Suzie Nielsen's discussion Some TRUTH about George Floyd
"Mr. Floyd spent a year, or so, in jail (drugs, theft, etc.) and "supposedly" was getting…"
yesterday

Patricia Gillenwater replied to Suzie Nielsen's discussion Please Pray for America
"Yes all those who pray, can't hurt at all.  We are witnessing the results of O's…"
Wednesday

Patricia Gillenwater replied to Suzie Nielsen's discussion Hillary before US Court of Appeals- NOW!
"Good idea Suzie. I am on the hook to make calls for my favorite candidate everyday between 12 and…"
Wednesday

Rich Knoch replied to Suzie Nielsen's discussion Hillary before US Court of Appeals- NOW!
""the witch" may set a new record number of "I don't recall", or "I…"
Tuesday